From Stage to Screen

From Stage to Screen alumni attend some of the best colleges & musical theater programs in the country. Founded by Gene and Jennifer Forman, both who have a background in Musical Theater, Broadcasting & TV/Film, From Stage to Screen hires working Broadway actors to teach its students every facet of the business!

Congratulations to Alexis for booking the role of “Kelly” in Judd Apatow’s upcoming feature film starring Pete Davidson! She met her manager at our studio! We can’t wait to see you on the Red Carpet Alexis!

Congratulations to Jenna on her successful stint on the NBC hit show Manifest.  We are so excited to see more wonderful things from Jenna in the future!!

Jenna is represented by Jana Kogen of Kogen Management, where she gained representation after our agent workshop last September.

Congratulations to Maddy! She also met her manager at our studio, and has had a very successful pilot season!! We are so proud of you!

We’d also like to congratulate Jillian Rose who has landed a recurring role on Law and Order SVU! Jillian has been with us for many years and of course met her manager at our studio as well! She is also an up and coming recording artist!

Congratulations to our Instructors!

Daniel Russell, our Ballet and Intermediate Tap instructor, has been cast in Steven Spielberg’s upcoming West Side Story as one of the Jets! We can’t wait to see him on the big screen!!

Congratulations to our Hip Hop Instructor Aramie Payton, who will be performing in the national tour of Cruel Intentions!

Our students were lucky to work with

Marissa McGowan and Dan Domenech in a Vocal Technique Workshop!

Marissa McGowan recently returned from her run in Chess The Musical  at the Kennedy Center, and Dan Domenech just sang at the "Wheels Up Super Bowl Party" in Minnesota!

What a thrill it was to interview mega Hollywood and theatre director/producer, Andy Fickman!  Andy sat with us for over 2 hours and Gene had the privilege of interviewing him. He was incredibly gracious and informative. And an incredible storyteller.
He validated everything we teach our students. When you work hard, never give up, and strive to give your students only the best, occasionally you have experiences like this. Gene says, "I'm stepping out of the program director box for a moment to say that even at my age I had the chance to do something I haven't done in a while. I had the chance to interview a major player in show business and felt great about it afterwards. That's the beauty of dreams. They're not reserved only for the young." Those in attendance won't forget that night for years to come. The night Andy Fickman came to From Stage to Screen and talked to our students.
********************************************

12 Angry Jurors at the Playroom Theater in NYC

The From Stage to Screen Leadership Award was started this year by a parent who has a child in our program. She was very moved and extremely complimentary of the way we acknowledge our seniors and by our academy in general. She felt that Kaleigh exemplified the leadership skills that represent the studio and the goals we aspire to for our students.

Congratulations to Kaleigh, who will attend Providence College this fall! We couldn't be prouder of you and all your accomplishments. And thank you to our student's parent for creating this award! What a great day for the studio, and of course for Kaleigh. Our motto has always been, and always will be, quality people first, performers second. Very excited at the direction we're headed. Perfect day.

Last September, From Stage to Screen lost our good friend, Jon Parker. Jon appeared in our teen production of West Side Story, and our parent production of Grease. Gene also had the great pleasure to play opposite Jon in a show that had an extended run. Jon was great to work with and a really good performer. And such a great person.

We're proud to say that the first From Stage to Screen Jon Parker Scholarship Award for Courage was awarded to a deserving student for the upcoming semester. This award will cover tuition for a class at the studio, and was awarded with the consent of Jon's lovely wife, Andrea Parker.  A toast to Jon Parker. As quality a person as you would ever want to meet.

Heathers was a huge hit!

"Our first Education Spotlight features two-time Drama Desk Award and Lucille Lortel Award Winner, HEATHERS: THE MUSICAL. The show is getting a revamp with new music and scene changes! Directed by original cast member and Long Island Native Dan Domenech, the writers have allowed him to beta test this never-before-seen version of the show with current students and Alumni of From Stage to Screen, Long Island's Premiere Performing Arts Academy! If all goes well, this will become the official version of the show!"

"The level of commitment from the students is inspiring and their history as students of Stage to Screen added an element of confidence and trust from day one that can take weeks to develop when starting up a new production. Kevin Murphy, 'Heathers' book writer, has been sending over changes that really serve the piece well and keep the heart of what made the show popular intact," said this production's director, Broadway performer and Heathers original cast member Dan Domenech, in a statement.

"It's wonderful to see the students getting the first-hand experience of what it's like working with a new material on a show like this," he added.

In just four weeks, our students learned about working on film and applying special effects makeup.  They danced, they acted, they went to a Broadway show.  They had master classes with industry professionals and even got some outdoor time at West Hills Day Camp.  And, oh yeah, they put on a full-length production of Footloose the Musical!  What an intense (and fun!) summer it was!
Click here to see over 100 photos from our Summer Intensive!

Click here to check out the video from our feature on Push Pause!

William Shakespeare's Twelfth Night at the Physics Theater in NYC

The Sound of Music

From Stage to Screen Performed in Disney World!

We're excited to announce that Gene was nominated for an

About the Excellence in Theatre Education Award:

The Tony Awards(R) and Carnegie Mellon University are proud to present this honor, established to celebrate the educators who transform lives through the power of the arts.

Congratulations to our From Stage to Screen students who were nominated for
2017 HuntingTony Awards!

"I wouldn't be where I am if I didn't have such a great mentor in my life and a place to feel comfortable and grow as an artist....."  Click for more!

"From Stage to Screen" is the premiere Performing Arts Academy located in Huntington, Long Island.

Our staff includes NYC professionals and adults who have years of experience in either Musical Theatre, Acting for the Stage or TV and Film. We provide classes that rival those in New York City for students on Long Island who love or are interested in the performing arts. Our hope is not only to help our students grow as actors in a safe and fun environment, but also to help them discover more about themselves and walk away as more confident people. 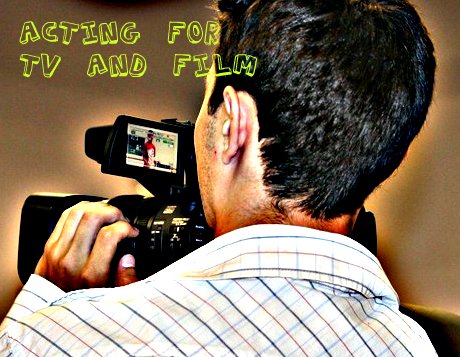 Acting for TV and Film

FROM STAGE TO SCREEN